COOL1: LeEco and CoolPad’s New Phone Coming Up This August 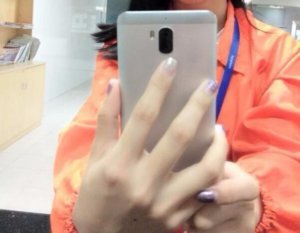 LeEco a Chinese tech giant is a majority shareholder in CoolPad. CoolPad is also a china based organization which offers Superphones at great prices was said to be working with LeEco its parent company to make a phone combining the resources and technology. The New phone is named COOL1. Don’t know why it isn’t called an LECOOL instead of COOL1.

LeEco and CoolPad both have previously disrupted the budget segment of Devices globally. They are the leading Smartphone manufacturer which are offering top of the line specification at an affordable price in India and globally. It is Still unclear what would be the specification of device but as per the leaks and rumours are to be believed we expect the device to feature a 5.5-inch QHD touchscreen, Qualcomm’s Snapdragon 820 processor , 4GB of RAM, 64GB of built-in storage, and a 3,500 mAh battery and All Metal Unibody as LeEco’s all the phone till date are all metal body and trendy fingerprint scanner at the rear below camera.Android 6.0 Marshmallow, LeEco’s EUI skin or CoolPad top of Android COOLUI – users might have the option to choose which UI they prefer to use.

The main thing which the leaked image tell us is that the Cool1 will feature a Dual Camera system. It seems Dual Camera is the new sensation in town as most of the smartphone manufacturer like Xiaomi Redmi 3 Pro, Huawei P9 which would feature a Leica Powered dual camera. 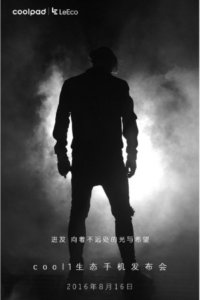 The Latest offering of COOL1 is expected to take in Mid August in China. The phone would be launched first in China and later on in other parts of the world. The price it would be available is still unclear. One thing is for sure as the majority of LeEco and CoolPad phones have been in mid range budget segment so it can be expected that the phone would be somewhere around Rs.12000 to Rs.16000.

Not solely in smartphone section, LeEco is driving its business towards the tv market further, with the launch of its Android version of TV’s in the Republic of India denominated android M. Recently at a press event at Delhi LeEco has launched its superpowered TV with its Ecosystem which is a complete entertainment package. Super3 X55, Super3 X65 or Super3 Max65, users will get two years of VIP content membership worth Rs 9,800 for free!.LeEco is offering unmatched product warranty for these Super3 series of Television. All the three SuperTVs come with a 2-year product warranty. While other brands offer just 1-2 year warranty on the panel