So we were at the launch event of LeEco #2Future where LeEco the Tech Giant launched 2 of its flagship devices LeEco Le 2 and LeEco LeMax 2 both the Devices have been designed to suit the needs of the Indian users. 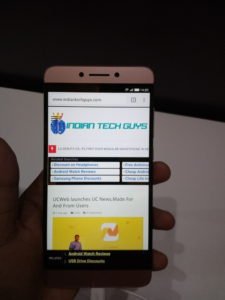 The Le2 looks amazingly premium device with its sporting Rose gold colour which really feels great when you use it. The All metal unibody gives the LeEco Le 2 a great Finish and shine and also as LeEco has used the metal body for the device it makes the device sturdy , also act as a Heat sink which would help in cooling the CPU down if it gets heated due to hardcore gaming and usage. The Front screen and design of LeEco Le 2  almost similar to its predecessor LeEco Le1s. The Device has been improved and is thinner than its previous version of Le1s and also Lighter. The major thing which we would like to let you all is that the device in comparison with iPhone is way Thinner and Lighter and With better specification.The only difference is that the Le 2 has a thin body colored bezel along the side of the display.

The LeEco Le2 comes with One year LeEco Membership which offers you a host of premium services which would if bought individually costs you Rs.5000/-. The LeEco Membership gives you access to Live TV channels in partnership with YuppTv and you can also watch latest movies on the Le2 with Eros as LeEco has also tied up with Eros Now for Movies and latest content. Apart from these, the LeEco Le2 comes with No 3.5mm Jack but instead an in-box accessory would be provided to convert USB-C to 3.5mm Jack.The phone run LeEco’s EUI, which again looks identical to the one on the older 1s, even though it now runs on the newer Android 6.0 Marshmallow underneath. In our limited time with the phone the performance was good, and there were no signs of lag or stuttering. 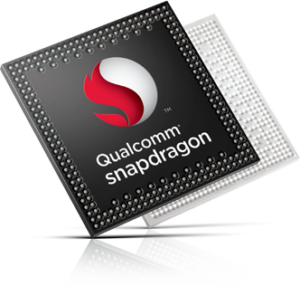 The Major change which LeEco did was switch over from MediaTek and implementing Qualcomm Snapdragon 652 MSM8976 1.8 GHz Processor  which is preferred CPU All over and is battery efficient and emits less heat as compared to other processors. Don’t get confused because of the Model number of the processor. The Snapdragon processor is the latest one and can beat most of the snapdragon processors available in the market today. When we were experiencing about the device in the demo zone there was no lag and most of the apps in the device opened pretty fast although we couldn’t experience the comparison of LeEco Le 2 with other devices due to Limited time and we are awaiting our Test unit once we receive we would coming up the comparison with other device and Previous Flagship.

The battery in LeEco Le 2 is Kept same as 3000mah from its previous flagship LeEco Le 1s.This phone features a bi-directional charging connection. The Dynamic Voltage Scaling technology allows the phone to adjusts the charging voltage during various charging cycles and that optimises the charging efficiency. The Battery charging is powered by the USB-C port which would soon become the universal port for all kinds of connectivity and work. LeEco has implemented the Audio out through USB-C port and It has Developed a CDLA (Continual Digital Lossless Audio).The CDLA technology was better than 3.5mm jack audio when we tried the jack at Demo Zone we were blown away by the sound output and quality. The ear pods developed LeEco are great if you are an audio enthusiast and currently these USB type C ear pods work with only LeEco phones. 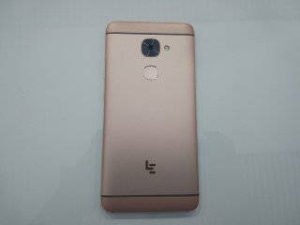 Back Camera and Fingerprint Scanner of LeEco Le 2

The camera of LeEco Le 2 is great and features 16mp at the rear end and 8mp Front cam. The camera definitely is stable and better than its previous flagship device and also it takes Stunning Pictures and has crisp and Clear image quality.you won’t regret if you are looking for the Device with better Ram and Camera.

This phone incorporates the Le patented fingerprint technology for security. Its fingerprint sensor is capable of authenticating your access in as less as 0.15 seconds. The availability of 360-degree touch unlocking feature and the fingerprint payment system are features that will enhance your smartphone usage experience.

The LeEco Le 2 comes with Dual Sim options which allow for Dual 4g Standby which means you can use both the 4g sims at the same time and also the phone is VoLte(Voice over LTE) ready so you can make video calls from the phone to your loved ones. 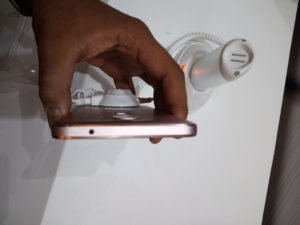 Front with EUI on LeEco Le 2 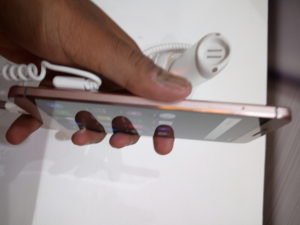 Side view of LeEco Le 2

We are waiting for our Test Device to come.Once it reaches us we would be writing the complete review of the device along with benchmark tests.
If you liked the article please do comment, share, Like and Tweet.