LG G6 Review: The most underrated Smartphone of the year

LG G series phones have been making a quite a buzz in the market since the start of them. The Smartphone manufacturer has always made it a point to offer something new every time a new phone is added to that series. Previously launched G5 proved to be unsuccessful phone due to maybe its futuristic design and modular concept. LG learned from it and completely redesigned the phone which not only feels like a phone from future but also feels like premium flagship device which G5 was missing by now you would have understood that we are talking about none other than LG G6 which is a complete smartphone with all the features one can ask for. LG recently sent us LG G6 to try out and here’s what we think about the smartphone.

The smartphone market is flooded with phones which look familiar and it becomes very difficult to differentiate one from other. LG G6 has gone to very minimalistic design and trust me the phone looks really marvelous with the Glass back and front finish with the metal frame running at the sides. Today most phones are coming up with the Dual camera setup but LG has made the Dual Camera a style statement with Ghost/Emoji Kind of look at the back. The Dual Led flash looks like the nose and Fingerprint Scanner which doubles up as the power button looks the mouth and Camera as the true eyes of the LG G6. Coming to the front part, the Phone has least bezels as compared to OnePlus 5 which has been recently launched. The screen has 80% screen to body ratio with On Screen button and very little space on top for front camera and at the bottom for LG branding. LG has this time emphasized on the Made in India Note at the back which can be clearly visible. Luckily like LG hasn’t removed the Headphone jack and it present on the top of the phone and Phone is powered by USB Type C with Quick charge support. The speaker grill is present just beside the charging port. Having all these things the phone is Still waterproof with a rating of IP 68. The phone fits perfectly in the palm being taller. The volume buttons are present on the left and on left sim card tray in present. The build quality is really great of LG G6 and I have no complaints from it.

The LG G6 is powered by Snapdragon 821 processor, you might think of it as the outdated processor in 2017 but again once you use the device you get to know the real power of the device. No matter whatever you throw at the device it will run it smoothly without having to clear any of the background processes. The phone has 18:9 screen ratio for which some applications need to be scaled but LG has made this possible through in-built scaling option present in the phone settings. While using the big screen the colors really look live and vivid. The display is 1080P QHD which I personally think attracts you LG calls it a full vision display due to fewer bezels.

LG has a bloated phone with truckloads of apps and the system is well optimized even though the phone is loaded with so many application pre-installed. Our review unit breezed through the apps, menus, and fingerprint scan wake-up motions without any lag or stutter. This drives the point home when you consider how the Samsung Galaxy S8 and S8+ tend to stutter and lag every now and then despite having a powerful eight-core processor under the hood.

The LG G6 scores a respectable 103581 points in the AnTuTu benchmark. However, its strong single-core performance was evident through a Geekbench 4 score of 1746 points. The multi-core performance was recorded at 3778 points, which is just as expected from the quad-core Snapdragon 821 SoC. However, that doesn’t matter because the ramifications of its lack of industry-leading multi-core performance aren’t evident anywhere in its real world performance. None of the installed apps managed to faze the G6, including heavy ones such as Facebook and Google Maps. The phone even managed to render results quickly in heavy photo-manipulation apps such as Prisma.

Gaming is fun and entertaining on this device. No matter which game you play on this device the Andreno 530 GPU is able to handle well. The big screen makes gaming even more immersed. Games from Asphalt 8 to Mortal combat everything played pretty smoothly. The frame rates were great and didn’t disappoint us. The optimization is present in the LG UX 6.0 which gives you the option to handle games separately when you are playing them through battery settings.That’s where I came across the Game Battery Saver feature that reduces resolution and drops frames for the benefit of performance and power consumption. You can choose between only limiting resolution (Extended mode), both resolution and framerate (Maximum mode), or using the Custom mode to fine tune settings for each game.

The connectivity department is well sorted with Bluetooth 4.2, dual-band 802.11ac Wi-Fi with the usual bells and whistles such as DLNA and Wi-Fi Direct. That is, of course, until you factor in all the new-fangled phones running Snapdragon 835 SoC under the hood. That’s when you’ll miss goodies exclusive to that chipset, such as Bluetooth 5.0, Quick Charge 4.0, and UFS 2.1. Having said that, the LG G6 does have 64GB of onboard storage certified to comply with UFS 2.0 specifications. This isn’t bad if you console yourself by telling that a sizeable number of Samsung Galaxy S8 units shipped with UFS 2.0 instead of UFS 2.1 storage.The speaker present on the phone works just great, it’s, in fact, crystal clear and loud enough. The speaker is of great quality and really sound well. The

The first thing you notice new is the Full Vision display which is almost bezel-less. The 18:9 ratio with QHD screen makes it a great display. The screen under the bright condition is bright enough to get the work done. I personally didn’t have any issue’s using the screen under the sunny conditions. The brilliant IPS LCD screen sports a resolution of 1440×2880, giving it a pixel density of a whopping 564ppi. If the resolution seems weird compared to standard Quad HD (1440×2560) format, that’s because it really is strange. What’s more, the LG G6’s full vision display is even Dolby Vision certified, which remains the highest standard of HDR capability available right now. LG G6 display is the first thing which says about the uniqueness about the phone.

LG G6 runs on Android 7.0 and on top of it LG has its custom UI running which is finely tuned to enhance the user experience. The UI 6.0 is been customized to provide a comfort to the user. There are a plethora of option and customizations available to the user through the settings menu. The settings menu has a search button along with Notification Icon to let you know of any setting which may have some serious effect. The UI is pretty neat and easy to use. This time LG has provided customization on the home screen with whether you want to have an app drawer or without app drawer which is I feel is great because some users have a habit of using the phones with an APP Drawer on Home.

The LG G6’s camera is generally very good but it’s not perfect. Low light performance is excellent. Shots in dimly-lit rooms looked downright well-exposed. We tried side by side shots with a top-performing-in-this-area Google Pixel XL and frankly the G6 was a bit better. However, the Pixel still handles dark scenes better – but not by much. 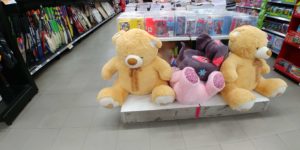 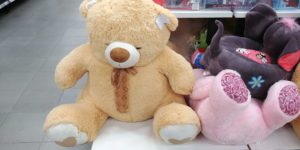 We did notice though, that despite the High Dynamic Range capabilities of the screen, and the good low-light performance the camera could lose detail in bright areas (blown-out highlights) more than we’ve seen in recent times.

The main feature is dual cameras. One is a regular camera while the other is wide-angle. If you zoom with the wide angle it effortlessly zooms into the other camera. To be frank, we didn’t use this much and in some ways, it feels a bit of an unnecessary, expensive addition, but it’s there and doesn’t get in the way.

LG also makes use of the square screen features: there’s a square cam which gives an instant square preview beneath your photo. There are various other square-based filters that provide some interesting effects. But nothing earth shattering. One of our favorite features was social media integration. A slide-out bar lets you quickly publish to your favorite site which is particularly useful when taking a 360-degree picture and publishing it on Facebook.

The LG G6 is priced at Rs.54000/- but the currently you can get this best phone at a much lower price of Around Rs.40,900 from Amazon. The phone has been launched already and is available through leading online and LG certified distributors in India. The link to both the color variants of the device is added below.

LG G6 Review : The most underrated Smartphone of the year

LG G6 is a complete feature rich smartphone one can wish for. The most amazing thing which I personally liked in the phone is the concept of using the Dual camera for Wide angle shoot and not for portrait mode which most of the smartphone companies are using it currently. The performance of the phone is top notch and I didn’t have any complaints with it. The display could have been better as LG is also in QLED TV’s and a better screen would have been a perfect fit for LG G6. The competitors such as Oneplus are no match for LG G6 as G6 has much better features and Uniqueness which OnePlus has failed to offer. If you are looking for a phone which offers better features and a taste of a flagship device then LG G6 is a perfect fit for you as it offers better user experience than what Samsung Galaxy S8 is offering.