Why You Should Get A MediaTek Helio A22 Powered Redmi 6A

Indian market is flooded with a variety of smartphones coming up every day. There is a smartphone launched for every need, whether you are a smartphone genius or just a simple user. There’s a phone for every need. Choosing a smartphone these days is a daunting task and I am here to simply that task for you. These days it’s even becoming difficult for people like me who are always up to date with smartphone and processor in terms of which phone to suggest and whom to suggest. This happens with me especially in the case of budget conscious people looking to buy a new smartphone. This post will help you decide why getting a MediaTek A22 Powered Redmi 6A is a great choice.

Xiaomi or you may know it as Mi, has recently launched a smartphone Redmi 6A in India. The phone is touted as the desh ka smartphone because it is manufactured in India. I personally liked the pricing of the phone. Xiaomi is always said to be the company which keeps the prices which do not put a hole in your pocket. As per the latest survey, Xiaomi is among the Top 3 Brands in India because of its market share. The price at which the company offers you a smartphone is very competitive and feels the Right Price for Right Phone. Much talked about the company, let’s have a look at the Redmi 6A.

Redmi 6A is a budget offering from the Xiaomi which is specifically for the Indian users. The smartphones come with a MediaTek Powered A22 Processor. Now Many users and even smartphone genius have a perception that MediaTek Powered device cannot perform well, gets overheated and other untested allegation on the processor. Let me make this clear that MediaTek has improved a lot since you might have last used the processor. The company has done a lot of research and introduced the MediaTek Helios A22. The Processor powering Redmi 6A has octa cores, that means 8 cores that are available for you to process the task at ease and without any lags. All the features which Redmi 6A has are because of the MediaTek Processor. 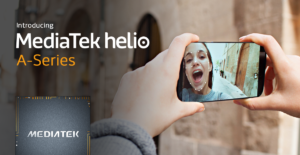 The Helio A22 is fabricated on the 12nm process by TSMC, and sports four Cortex A53 2.0GHz cores. You also get 2GB of RAM as standard, with the possibility of either 16GB or 32GB of internal storage based on the variant. On paper, this sounds good, although, in practice, things are a bit, well, predictable. Provided you’re just running one or two things at a time, the Xiaomi Redmi 6A can cope well enough. If you’re sticking to the basics such as WhatsApp and Facebook, you shouldn’t have any trouble.

Helios A22 helps the phone capture photos and process them quickly. The phone comes with a basic camera setup of 13mp Single camera set up at the back with flash. The Redmi 6A runs Android Oreo with MIUI 9.6 on top (MIUI 10 arriving in coming months as per Xiaomi). It has two SIM slots and a dedicated microSD card slot. This time, it also has the dual 4G VoLTE support ( that means TWO 4G sims can be active at the same time with VOLTE)  and also has new features like face unlock, which can be used simply by raising the phone to unlock.

The device covers the basics, offering additional value in a couple of departments: software and screen resolution. The rest of the package is ordinary, with the focus being on offering a phone that will get the job done rather than one that tries to offer too much and fails at achieving basic competence.

Most of the smartphone even under Sub 10K section comes with a Metal and aluminum body but Xiami Redmi 6A is a plastic body device with a finish like metal. I might be sounding a bit negative here but the price at which the phones, I guess this had to be done and despite the plastic, the phone actually feels quite solid. It looks decent as well, particularly in blue. The understated design looks appealing, the curved edges make for good hand-feel and grip, and the slightly raised screen gives the impression that the phone is slimmer and sleeker than it actually is.

I have used the phone for a brief period and I must say that The Redmi 6A, you’re buying is made for performing basic tasks, If you even try to push the phone to perform a bit heavy task then you can expect some lag and slow processing. The phone performs best when used for the basic purpose such as Whatsapp, Facebook, and CandyCrush.

The Phone comes powered by 3000mAh Battery, which is more than enough to give you more a Day’s battery. This is because the screen isn’t that large and there are very few pixels to power. The processor consumes less energy and has 4 Energy efficient A53 12nm cores. Intensive usage that goes beyond the reasonable capabilities of the phone will drain the battery faster.

The phone is well designed and priced and it is a worthy successor to the Redmi 5A. The phone offers a great experience being in the budget. The phone is smooth enough with the basics and provided you don’t run too many apps on the phone simultaneously or push the phone too hard, you’ll find it serving you well, with the MediaTek chipset also ensuring decent battery life.

The problem of flash sale buying is now solved for those looking to buy this smartphone. The phone would be available on Amazon via sales happening in every two hours with the great number of units in stock. This should ensure that you get the phone. I am leaving the link through which you can go to the direct sales page.