With almost identical hardware these smartphones have nothing but only display size and resolution to set them apart. The Z5 and Z5 Compact retains same 1080p and 720p panels. While the new Z5 Premium boasts a new 4K panel, first on any smartphone this makes it achieve a monstrous ppi of 806.

In design terms Sony keeps the same Omni-Balance (industrial slate) design as seen from original Xperia Z. If you’ve seen any Sony phone made in the last couple of years, I’m sure you’ve already noticed the Z5 family is a very familiar one. They’re rectangular slabs with clean lines; they’re waterproof; and they’re uncomplicated. That said, this is probably the tightest iteration on that theme. The Z5 Premium and Z5 both feel very polished, with metal frame and carefully considered color schemes and materials. The Z5 Compact feels sturdier and a little chunkier and it doesn’t have metal frame but that made it able to remove corner bulges present on other two models. The Z5 Premium has the same glossy front and back glass. Apparently the back surface has made even more reflective. While Z5 and Z5 Compact have frosted glass on back which attracts less smudges than glossy one. The two glasses used are unspecified-make “Chemical tempered glass”. The Xperia logo etched on the side looks great. This logo has a fine-grained finish to match the back, with some amount of sparkle in it. 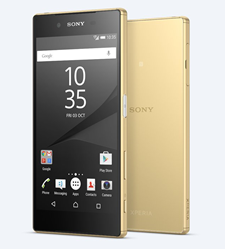 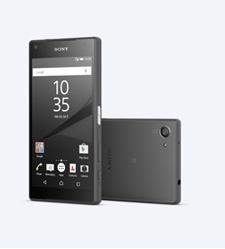 The iconic circular power button from Sony’s Omni-Balance design is now replaced with a much welcomed fingerprint recognizing sensor with shape as an elongated rounded rectangle side-mounted button. I actually liked this position of fingerprint sensor over front or back facing fingerprint sensor. 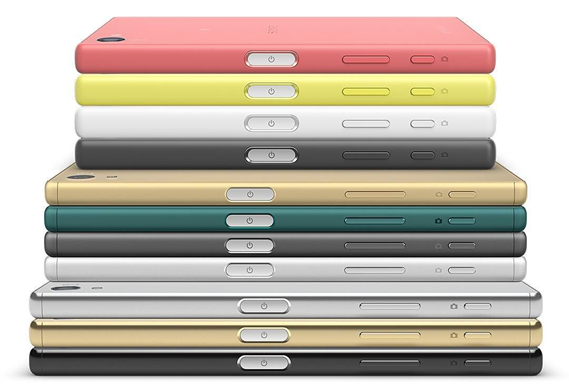 Sony finally upgraded the camera sensor on Xperia line-up from 20.7MP sensor used in four generation with the 23MP sensor. This new sensor is custom camera sensor developed by Sony’s Mobile team with the assistance of Alpha’s engineers and is exclusively available only for Z5 family as of now. While the camera is advertised as 23MP it actually is no less than 24.8MP. Such a sensor is known as a multi-aspect sensor.

The camera app has been thoroughly redesigned. Now you can now switch camera modes with a simple swipe motion. The 8MP limit when using Superior Auto is gone and you can now shoot full resolution 23MP in 4:3 aspect or 20MP in 16:9 aspect.

So the incremental updates in every six months for Xperia Z line-up and after listening to their consumers, Sony has refined this series on a positive note which is seen in Xperia Z5.