Samsung is still recovering from the horrendous note 7 issue and now just like a jinx haunting Samsung, there are reports from users in South Korea that they are facing a weird issue on the all new Samsung Galaxy S8. Yes, you read it right An issue on Samsung Galaxy S8.  Some users to face a “RED TINT” on the screen on the new S8 phone. Ahead of launch in India, This could trigger a puzzled state in the minds of the users.

The handsets which were pre-booked by the users have started to roll out, some customers in S. Korea have already received units of their pre-ordered S8 and the S8+.

However, according to a ZDNet report, Samsung has said that the tint isn’t a quality issue and that it can be fixed in the phone’s settings menu.

Several users have started to share the pictures of S8 with the red tint display has made its way to Instagram and other popular social media. 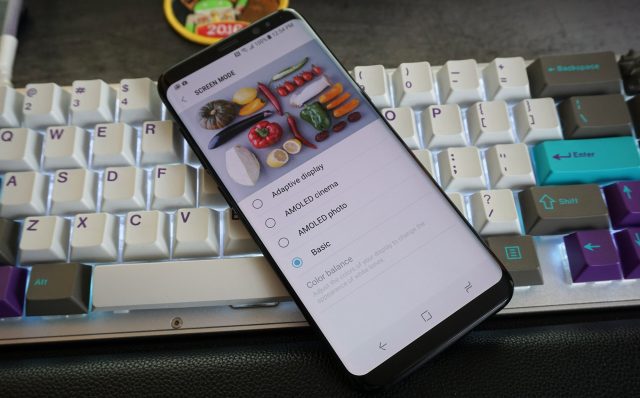 Another report in the Korean Herald quotes Samsung as saying, “It is not a quality problem and it can be adjusted with the phone itself. If the color still appears to be reddish, customers can change it at the service center.”

“It is not a quality problem and it can be adjusted with the phone itself. If the colour still appears to be reddish, customers can change it at the service center.”

There’s also a Reddit thread Dedicated opened where the ‘Red tint’ issue on the Galaxy S8 is being discussed. Surprisingly the issue has also become a popular search phrase on Naver, which is South Korea’s local search engine.

In any case, the red tint issue comes at an awful time for Samsung particularly after Galaxy Note 7’s battery issue a year ago.But pre-orders for the S8 and S8+ has effectively crossed the interest for S7, the organization has said.

As far as specifications S8 and S8+ will run the Qualcomm Snapdragon 835 processor, however, this edition will be in select markets. In India, the S8 will probably run the Exynos variant. Both the phones accompany 4GB RAM, and there’s 64GB stockpiling on board, which is expandable to 200GB.