5 Reasons Why Yu Yunicorn is not worth Buying

Yu Yunicorn is the recently launched Device by YuPlayGod and has been much awaited but is it really worth buying and Investing your money into it? Before Buying Yu Yunicorn we would like you to read our 5 Reasons not to buy Yu’s Yunicorn. Well before writing about the Reason Not to Buy Yu Yunicorn please note that YU is a part of Micromax which has a poor customer support and half of the times if a phone is detected with a problem it lies in a service center for Days and you are not even given a spare piece to use till the time your phone is in the centre these is just one of the reason apart from our 5 reasons. 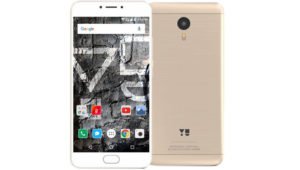 Yu Yunicorn : Reasons not to buy

The Yu Yunicorn is powered by Mediatek MT6755 Helio P10 Octa Core Processor. The processor is not a flagship processor and is not used any of the flagship devices and As it is Mediatek it would give the phone a super heating wave. The Mediatek powered phones have a problem of battery issues as well because the phone heats up pretty fast and Drains battery in a Short period of time. If benchmarks are to be considered the results of Mediatek MT6755 Helio P10 Octa Core Processor are less than the Mediatek X10 Helio which is powering LeEco Le 1s phone. Well there are many other phones which are way better than Yu Yunicorn at the Price point which it is competing for.

The Yu Yunicorn comes with Android version 5.0 in the age of new android version rolling often it would be difficult for the Yu to roll out updates for Yunicorn but as per the experience with Yu and Micromax you might hardly get updates for the devices and Old Android version is a drawback for a new phone to run it. It is a shame a new smartphone in June 2016 is shipping with an older Android version. Android 6 Marshmallow has been out for a while now and even many budget devices are launching with that now. 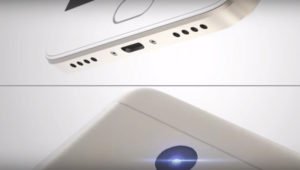 The Yu Yunicorn does not have a fast charging feature in spite of having 4000mah battery which it claims to last 4days LOL while the battery could last 4 days charging would take up 1 whole day 😛 Just kidding but yes charging the Yu Yunicorn would take a considerable amount of time to fully charge.

The User interface is laggy and it takes some seconds to react to the user operations and also the interface a bit confusing. It seems from using the device more work has to be done on it but was launched in a hurry with incomplete user interface work.

The Connectivity on Yu Yunicorn is not up to the mark as it lacks the basic features which are expected from a Flagship device. Yu Yunicorn lacks VoLTE which allows the user to make video calls over LTE and saves battery and better call connectivity and quality, Apart from VoLTE there’s no IR Blaster. IR Blaster has become very popular now-a-days because of the ease they offer to the users of using their home appliance from the users place of convenience and many users prefer IR Blaster enabled phone as the substitute to their home remotes,Lastly the phone does not have NFC (Near Field Communication). NFC is an upcoming technology which could do wonders from making payments from your cards right from your phone. Well pretty much every flagship phones have NFC but Yu Yunicorn lacks the feature of NFC