The Xiaomi Mi Band MI1A is a little fitness tracker band. Mi Band MI1A is the recently launched MI Band which offers only White Led option. The Mi band offers functionality as to count the number of steps taken, Hours of sleep in which how many hours were deep sleep and light sleep. Also the Band offers a Vibration response to the notification if selected for apps. For notification to be notified on the band it needs to configured through Mi Fit App which offers complete suite to manage and track fitness through the smart band. Notification for apps are limited to three apps only and you need to grant permission to Mi Fit app to read system notification 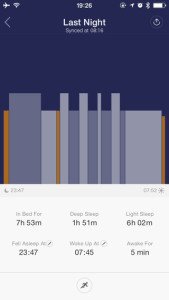 During the usage of the band i found out that the band overestimates the step. A slight movement in the hand would count as a step. Whether you are typing or doing some other work a little movement will make it count as a step.The band is certified to be dust and waterproof. So even if its raining out you can use the band and continue the exercise you are working out. Probably for most the users Mi band would be the first wearable device for their smartphone so to get most out of it use Google fit along with Mi band data via account settings in Android apple users can Sync the sleep, calorie and other data in Apple Health app. 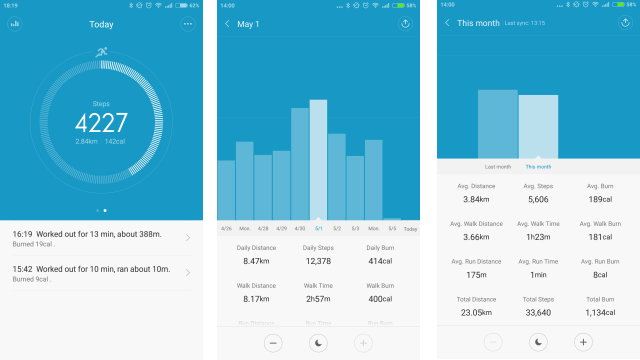 The Band also offers you a smart alarm feature which can be again set through Mi Fit app. The band would wake you up gently at the time for which you have set alarm for, what it does is it starts vibrating the band 30 minutes prior to Alarm time. So you can easily wake up fresh in the morning

Another thing which may concern you is the band’s Bluetooth is on all the time and there’s no key or button to stop it and while testing out the band we found that if are not using the band for notification and just for fitness tracking you can disable the Bluetooth of phone and save your battery later on you can sync the band stats to phone through the Mi fit App. You can sync the stats at intervals. The band is having Lithium polymer mAh battery which easily lasts 35 – 40 days once full charged. The Mi fit app displays the percentage of battery the band is having, remember the more notification vibration is handling the more the battery would be used up.

Mi band is the best affordable fitness tracker available in the market at the price level at which competes for(Rs.799/-). Only thing it lacks is the Display which could directly show stats on the band instead of the app also the led could be offered for the changing colors for different notification