It all started with the first gen MOTO X and the legacy continues .MOTO X has been peoples’ favourite for long time all because of its stock experience and the customizability Motorola provides . We are nearing the Q3 of 2015 and it is expected that moto X 3rd gen will release soon.

There have been some rumour  about the new moto x and we are covering them up for you .

BELOW IS THE RUMOUR ROUND UP OF THE NEXT GEN MOTOX. 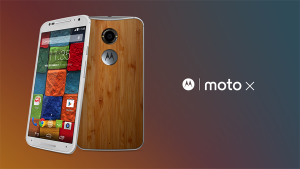 The device is expected to have a 2k display. It could have a 5.2 inch AMOLED  display with 1440×2560 pixels that rounds up to 565 pixels per inch i.e you are sure to have a pleasurable experience .A crisp display with vibrant colours. There is gorilla glass 3 upfront  for protection from a unfortunate fall.

If it releases before the advent of the Android M it will have ANDROID  5.1.1 lollipop built in. And yeah quicker future updates are expected. As we know the MOTO Series was the 1st to get a soak test when it came to android L. There are some of the Moto apps expected in the device built in to make your work easier.

Snapdragon 808 is expected in the device which is a 64-bit processing unit with 1.8 Ghz dual core and 1.44 Ghz quadcore chipsets inside .It is the same chipset which powers the LG G4. It has adreno 418 GPU. As seen in the rumours of most of the devices this year  this device will also boast a 4 GB RAM .

The biggest issue for the MOTO X 2nd GEN launched in India was the 16 GB internal storage with no expandability. However that is expected to change in this version. MOTO X 3rd GEN will have a 32/64 GB variant with no expandable storage available.

It will have a 16MP sensor at the rear which can shoot upto 4k. OIS is expected in this flagship from MOTOROLA. 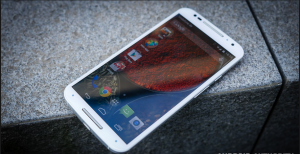 The biggest plus of the MOTO series has been its customer customizability . The customer can modify the phone as they want and make the device their own with MOTO’s online service.

The build quality which Motorola provided with their past devices has made them a strong contender in the market and hence this device is worth a wait .

If you are opting to buy a NEW phone this won’t be a right time as there are budget friendly flagships about to be released this fall considering the likes of the much awaited ONEPLUS TWO ,XIAOMI Mi5 and the next Gen MOTO X .