ZTE is one of the brands which has its good hold in the western markets but is yet to make a mark  in the Indian market. 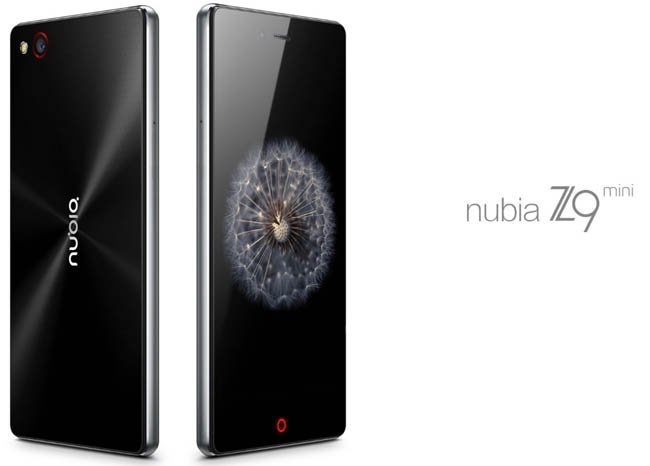 The device feels sturdy in hand with a glass at front and a plastic backing .The back panel is removable for inserting the microSD card . The frame is a aluminium alloy which feels rich. There is a red backlit capacitive home key upfront (also acts as a notification led)  with backlit red dots on both sides of the home key acting as capacitive return and menu key as you desire . The camera too has a concentric red ring improving the aesthetics of the device . The device is quite compact and you need not do any hand gymnastics to reach all the corners of the phone . The speaker is placed at the bottom of the device which can get muffled while gaming or holding the phone while watching videos. However the speaker  is considerably louder.

It is quite a heavy device weighing around 192 gms so it will surely be felt in the pocket 😛 .

Dual sim support is available with both the slots having 4G connectivity option available . Nano sims are needed for the device.

It has IPS LCD capacitive touchscreen , 5.2 inch, 1080 x 1920 full HD screen summing up to 441ppi.  This display is one of the crisp displays with vibrant colours of the UI popping out of the screen. 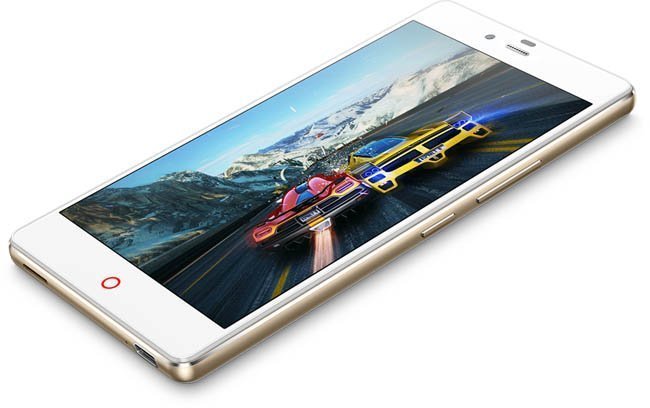 Qualcomm Snapdragon 615 built on 64-bit architecture  powers the device with adreno  405 GPU and 2GB DDR3 RAM. The device does not lag and you will have a fluidic experience  while scrolling through the UI.

Snapdragon 615 is a octa-core processor and has some heating issues as well. So if you are up for gaming ,the phone may heat up abit.

OS:   It runs on Android 5.0.2  i.e  lollipop and with the specs it packs it is expected to get a upgrade to Android M in future.

It works on  ZTE’s custom skin Nubia  2.8 . It is a UI with vivid colours. Some features such  as, you can assign the function of back and menu keys to the capacitive buttons as you desire then some gestures to make you daily tasks  simpler too are available. Being a Chinese UI it is way apart from the stock  android . There is absence of the app drawer so you are left with apps all over your homescreen with n number of pages. However as it is android the option to use a  launcher is always available. Further the UI can be customized using NUBIA’s own theme store. The music player app is also a eye catching feature of the UI however some may like it & some won’t .

It is like having one  of the best cameras of the mid range market. The camera provides a high degree of customization from ISO to white balance , quite similar to the LG G4 camera app.

It sports a 8 MP SONY EXMOR-RS at the  front  with a f 2.4 aperture while the rear camera is a whooping 16 MP sensor with  f 2.0 aperture for greater light capture. The day light images are quite impressive where as in indoor lighting the camera lags behind as  compared to other  flagships . However it has a nice colour reproduction. Slow motion video recording is available too. The front camera has a auto face detection which clicks photo automatically. There are number of modes available for some photography geeks out there. So in all you would have a great experience using the camera.

It has a whooping 3000 mAh  battery which will ofcourse suffice your daily requirement on medium to heavy usage . It has  750 hrs of standby time.